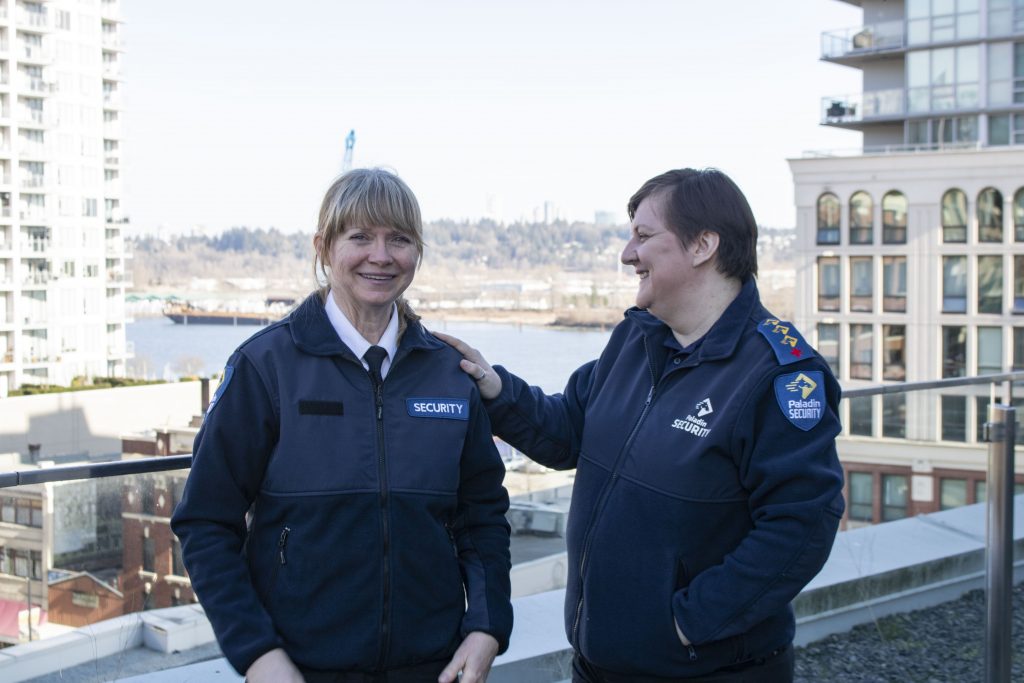 March is Women's History Month and at Paladin and PalAmerican Security, we have hundreds, if not thousands of amazing women being the difference makers in the industry. They've created new initiatives, broken barriers, and even saved lives throughout their careers. Today we chat with three powerful women leading the way in a roundtable discussion, where we’ll touch on everything from their careers, to how they found success in a male-dominated industry.

Christina: Thanks for joining me, ladies. Something that all three of you have in common is that you want to make a difference. You’ve been part of some huge initiatives and acquisitions, so I’m wondering when you head this up, do you get a different reaction from people in the industry because you are a woman?

Anjanette: I mean, I've been doing this for 35 years, so the world has changed, people view all of us differently now. In the beginning, I wanted to force it, but that doesn't work. So, it doesn't matter to me, as long as we can get the job accomplished. I'm going to talk to whoever is going to hear me. I'm not going to keep talking to the one who’s not going to hear me because he doesn't acknowledge me, that's your loss. So, you have to find your way around it and figure out who's going to be your conduit to be able to accomplish the job that you're there to do. I can't let somebody stop me or use that as an excuse, I have to figure out how to get past that obstacle. That's what I've learned to do over time, instead of wasting my time trying to convince this person that as a woman I belong here, I'm just going to learn to work around that obstacle.

Heather: A lot of what Anjanette said is correct. You will come across those who will look at your expertise, your experience, your resume, and they will realize, okay, you know what you're talking about, and then there's those that only see you’re female, no matter what you’re talking about. And it's kind of funny if you have interactions with people before they really know you're female. I know that sounds weird, but for example, if someone emails, or if someone just says my boss or my captain, and they're not using pronouns, or names, or they're just using last names, it's kind of funny, because that's where I run into it. It’s like, oh, wait a minute, this is a female in a very male-dominated type of industry, does she know what she's doing?

Christina: It’s empowering to be the one to prove them wrong. Coming into a male-dominated industry, you don't want to step on any toes or ruffle any feathers, but at the end of the day, you got to get your work done. So, tell me, why do you think so many females may be overlooking a career in this kind of industry?

Simran: I personally think it’s that you want to make sure that whatever industry you're working in, your voice is heard. That was actually one of my concerns when I first started because I was new to the industry, and I was a female. I remember my first day at Paladin, I walked into a huge operations meeting, and I was the only female in a room of 25 men. And I walked in there and thinking, Oh, my God, like, what did I get myself into? But that literally lasted a few seconds. So I just kind of started listening to every single person and what was going on in their world, and really just took the opportunity to learn and see what value could I provide that they currently don't have.

So was there certain intimidation, yes, and I think that a lot of females would be intimidated. I feel like a lot of our officers that are coming into the business also tend to ask me ‘will I be respected? If I go up to a client and I have an interview, are they going to disregard me because I'm a smaller female and I might not look like I have the physical ability to take down a person?’ But honestly, that has nothing to do with it. And I think Paladin itself has done such a great job at empowering women, providing opportunities for women to get into leadership, they really promote diversity and inclusion.

I've kind of adapted this whole, you do you and I'll do me thing, and we can coexist. I can't allow myself to continue to be offended or be caught up in your problem with me."              -Anjanette Hebert

Christina: What more do you think needs to be done to continue to encourage women to get into the industries that are more male-dominated?

Simran: I think going out into the community. I know that with our current situation with COVID it's not as easy, but even with social media, doing segments like this is allowing some of our female members to go out into the public and share our experiences.

Anjanette: I don't understand why that's a problem. We've been trying for decades to impress upon every one that security does not equate to brute strength. It's a combination of skills. And whether you're male or female makes no difference whatsoever. I think the imagery is important in everything. And if and we play a role in that, what we portray on our social media pages, what we portray on our website, how we talk about security, the stories that we share, who do they involve? Are we mostly highlighting mend? Should we be looking in a different place to recruit women?

Christina: What you would say would be one of your biggest struggles throughout your career?

Heather: I would say, unintended bias. The people who shoot me down off the bat because I'm a female, are easy to identify. It's the ones who, maybe it's because of their upbringing or their surroundings. And I'm not just saying men, I've had females be against me. Sometimes when, in the industry, if a colleague or someone from another company makes a mistake, or does something that's maybe a little, little out of,  I hear other people demean women for that. And I'm like, okay, we just collectively, as women, have taken a step back. We shouldn’t all be lumped together.

Anjanette: Yeah, and it can be more intense depending on where you are in the country. I grew up in the deep south, and I didn’t notice until it started impacting me, and I had this realization, that people feel like there's a place for everybody, a compartment that everyone fits into. The men went into the oil field, and women became teachers. For them, that's how it always was, and it's part of the same thing with race in the south. But I've kind of adapted this whole, you do you and I'll do me thing, and we can coexist. I can't allow myself to continue to be offended or be caught up in your problem with me.

Want to hear more of the roundtable discussion? Click here to watch the entire video.