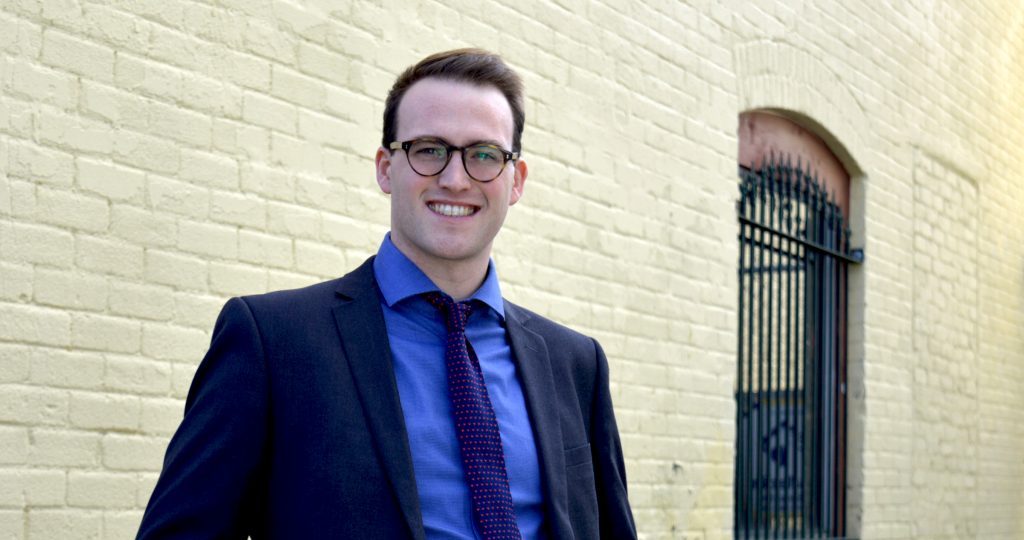 At Paladin Security, we believe the best way to create a strong team is through employee development and our promotion-from-within philosophy. Through our development programs, an employee can plot their own career path within our organization, lending stability to our workforce. In our bi-weekly feature, Paladin Then & Now, we’re showcasing some of the amazing and inspirational stories of our employees rising through the ranks. This week, we’re featuring Victoria Branch Manager, Aaron Kolarcik.

Where It All Began

Aaron first began his career with Paladin Security in 2013 as a weekend Bike Patroller in sunny Victoria, BC. Shortly after, he became a Mobile Supervisor which opened the doors for new opportunities. As Aaron continued to learn and grow, he successfully obtained the position of DISC Supervisor. He then transitioned to the Royal BC Museum as the 2IC.

During our discussion, Aaron shared, “My favorite Security Officer role throughout my time with Paladin was probably my role at the Royal BC Museum. It is a fascinating place dedicated to the history of BC. While the galleries are interesting and educational, there is so many dedicated and passionate people who work in the RBCM, it is inspiring just to be in that environment.”

After his time with the RBCM, Aaron made the move in office as the Security Programs Manager. Aaron then got promoted to Client Service Manager before becoming the Branch Manager in  Victoria.

Our Philosophy: Promotion from Within

From the beginning, Aaron found himself intrigued and curious about the opportunities our promotion from within philosophy presented. When talking about his successful career path, he mentioned that the philosophy was a huge part of why he stayed working with Paladin after graduating from the University of Victoria. Aaron said, “I always felt like I had a good chance to rise up into different positions with Paladin.”

Aaron’s personal philosophy of putting in the time and hard work contributed to the success of his promotions within Paladin Security.

Climbing Through the Ranks

Early on in Aaron’s career with Paladin, he was highly motivated and eager to broaden his knowledge and take on different roles. Aaron’s own personal philosophy drove him to continue moving up the ranks. By accepting new challenges along the way, he gained exposure which helped him gain knowledge.  During our chat, Aaron told us about mentorship opportunities with a few colleagues and clients which really helped elevate his career. Two of those mentors were fellow colleagues Shane Wright and Steve Eastman. One of the biggest lessons he learned from one of his mentors is to make time for your staff, even on the busiest days, and remember to be kind and compassionate towards people.

Aaron’s transition from field to office was intense, to say the least. The change in workload was extreme and required a very different skillset for time management. Aaron experienced tremendous growth throughout his career which brought a set of unique challenges. Thankfully, his BA in Sociology helped him in many ways such as understanding people better. Aaron shared with us that moving from a Security Officer to Security Programs Manager was the most monumental. This transition challenged him in ways that he’d never experienced before.

Advice for Those Reading

“The job can be vastly different from one day to the next, and you are always learning and growing. I  enjoy that I have had the space to learn a lot on my own in addition to having good mentors.”

For those looking to move up within the company, Aaron says to make it known to your supervisor. The best way to be considered for a role is to ensure the right people know that you’re interested. Jump at new initiatives, take pride in your work, and even if you have hesitations about if you’re qualified enough, try! You never know where you may end up.