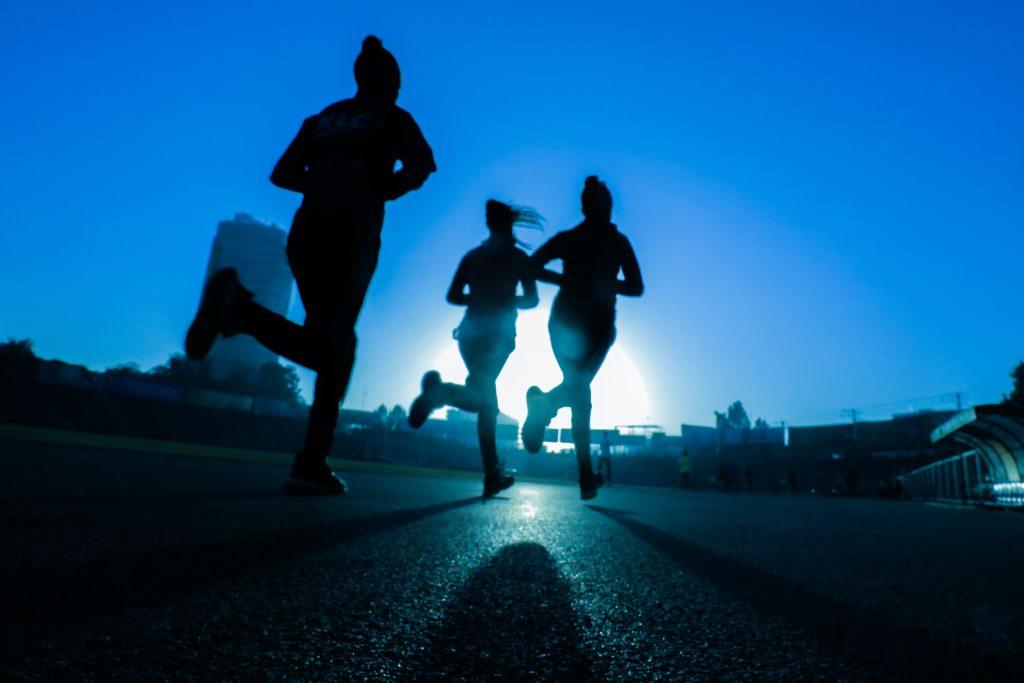 Each year, hundreds of people attempt to join their local police service, whether it be those transitioning from security to law enforcement, or others with no experience at all. If you’re one of those who’ve made the decision to pursue a career in policing, congratulations! So, while you may know what to expect from previous articles such as how to become a police officer in Canada, and how hard police academy really is, you also might want to consider what the physical fitness requirements are. In this blog, we’ll share information from former officers, fitness trainers, and our very own training manager.

Most, if not all, law enforcement agencies require a physical fitness test be passed as part of the application processes. Remember though, it doesn’t stop once you’re hired. During the roughly six months recruits spend in class, they are regularly put through fitness training and tested to ensure they are physically ready for a career in law enforcement.

Paladin Director of Operations in Calgary, Shane MacDonald, is a 26-year veteran of the Calgary Police Force and says health and fitness should be a part of applicant’s daily routines, as healthy habits promote a healthy lifestyle, something that is especially important in a challenging job.

“The multiple demands on the body of a Police Officer include rotating shifts, wearing of a 10-15 lb duty belt, physical interactions, erratic sleep and eating schedule,” MacDonald said.  “A healthy body will better tolerate the demands of policing and help to ensure you are able to sustain a full career with minimal physical concerns.”

There are several mandatory steps throughout the Law Enforcement Officer process that need to be checked off. They include:

Note that each physical fitness test differs, depending on the requirements for each respective agency. Saying that, passing is a necessary requirement for employment. Here are the following requirements for various agencies:

Order of difficulty (from easiest to hardest)

Relevance of the tests

The POPAT is a relevant test as it simulates or mimics a foot chase and the subsequent strength and stamina required for a successful apprehension. The test also measures an applicant’s speed, agility, strength resistance, focus, determination, and stamina.

There are four stages of the POPAT test:

The first stage of the POPAT is an agility run where the applicant runs a figure 8 obstacle course of 58 meters in length.  During this obstacle course portion, an applicant runs and maneuvers around cones, jumps over a six-foot mat that represents a ditch, ascends six stairs and descends six stairs, then continues to run and hurdle two 18” high obstacles, which represent the height of standard house objects like a coffee table or end table.

This is then repeated six-time, with the recruit completing 348 meters, jumping over six, six-foot ditches, climbing and descending 72 stairs, and hurdling 12 items.

With the time continuing to run from Stage 1, the next challenge for the applicant is the pull/push machine. They have to pull on a chord with sufficient force to lift 80lbs off the machine platform and maintain this pull pressure while sliding sideways to pivot in an arc of 180 degrees. They then must stop and move back sideways to the start point. Six complete arcs have to be performed properly, without the weight dropping back onto the platform and without crossing their feet during the movement.

After a successful pull is completed, the applicant then must push a handle on the same machine to lift the 80 lbs. weight from its resting position. After the pushing weight is lifted, the applicant again moves sideways, completing six 180-degree arcs without crossing their feet.

At the completion of Stage 3, the timed portion of the POPAT stops.

30 seconds after completing the three stages of the POPAT, the recruit will lift a 100 lb. sandbag and carry it without dropping it for 25 feet in one direction and then 26 feet back to their starting position.

There are three separate components to the A-PREP:

Training tips for the Fitness test

Increasing your personal fitness can be a slow process. Don’t expect change overnight, and remember, it should be seen as a lifestyle, not a chore! Paladin’s Training Manager Jason Magallenes shared this tip:

“Set goals that are attainable and then set future goals progressively.  Going to the gym to work on getting bigger won’t get you on the police force and gives you very little towards passing all the testing required.”

Another piece of advice: train for the POPAT, because if you can pass it or come close to passing it, you will be able to pass any of the other tests (COPAT; SOPAT; PARE).

Cardio training is what is required to be successful as 60% to 65% of the POPAT is spent in the running portion of the test. Try running first thing in the morning and schedule your other components for later in the day. This will help build your cardio and endurance. One training tip from Armament Systems and Procedures quotes, “if you can run a mile under 12 minutes that is equivalent to being able to last in a fight for three minutes straight”.

A lot of these tips and references are based on HIIT or Crossfit methods.  Boxing and martial arts are other ways to help improve overall fitness, flexibility, and stamina. Choose what works for you and build on it.

Finally, while some of these tips are province-specific, they still provide a general idea of what to expect when signing up as a new recruit. Good luck!